A Crown of Swords

Book 7 in the series

The Wheel of Time turns and Ages come and go, leaving memories that become legend. Legend fades to myth, and even myth is long forgotten when the Age that gave it birth returns again. In the Third Age, an Age of Prophecy, the World and Time themselves hang in the balance. What was, what will be, and what is, may yet fall under the Shadow.

Elayne, Aviendha, and Mat come ever closer to the bowl ter’angreal that may reverse the world’s endless heat wave and restore natural weather. Egwene begins to gather all manner of women who can channel–Sea Folk, Windfinders, Wise Ones, and some surprising others. And above all, Rand faces the dread Forsaken Sammael, in the shadows of Shadar Logoth, where the blood-hungry mist, Mashadar, waits for prey. – Goodreads

This is a difficult review to write purely for the fact that there is simply not much to say. While I enjoyed this book more than the previous one, and felt that a bit more happened, it still suffers from the same issue that Jordan takes a thousand pages to say a handful of things. Had the events of books 6 and 7 been a single 800 page volume, it probably would have been one of the strongest entries in the series.

Further, and deeply unfortunately, the most memorable thing about this book is that it provides the strongest argument for Jordan’s incredibly antiquated gender ideas.

Character A has been avoiding Character B for days. B finally corners A, holds A at knife point to back them onto a bed, cuts off their clothes, and then has sex with them. Since A is a man and B is a woman this RAPE scene is treated like a complete joke. Character B is hounded throughout the book by this woman (raped repeatedly offscreen) and when he finally does tell someone about it he is LAUGHED at. The entire thing is treated like him “getting a taste of his own medicine” although the reader has been both told and shown throughout the series that this man would never pursue someone who was even slightly uncomfortable with his attention.

And yet, if the genders had been reversed this entire story thread would have been treated as the most despicable act of evil possible. There have been many examples of this double standard throughout the series, and while it has bothered me for quite a while, I wrote it off as Jordan just being “a man of his time.” But having a character smack her husband and marking that as “strong willed” can not be treated the same as saying its completely okay for a woman to rape a man as long as she’s pretty.

I have never encountered an author before who’s moral compass relied so heavily on the genders of the aggressor and victim to determine what is right and wrong. I am dedicated to finishing the series, but I am honestly so looking forward to the show which, with its more modern writers, I deeply hope will correct some of these glaring issues that take away from an otherwise engaging and well written story. 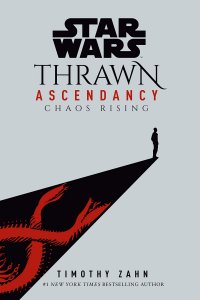 io9 Roundtable: We Need to Talk About Ready Player Two, Especially That Ending

Audible UK: THE WAY OF SHADOWS