What Does a Star Rating Actually Mean?

While the five star rating system has become the standard in reviewing a piece of media, I have found over the years that what exactly those stars mean is anything but standardized. For some people a two star rating means they thought the book was just fine. For others, the stars are purely an embodiment of how much they enjoyed a story and with no consideration of its actual quality.

When I review I try to be as objective as possible (keyword there is try). I might absolutely love a book because it was a lot of fun, but if the author is using the caps lock button and the main character has all the personality of a cardboard cutout, I firmly believe that those aspects need to be taken into consideration when writing a review. I also try to balance my reviews and so there could be a four star book that does have one major issue with it (ex. poor pacing), but other areas are so well done that it balances out (ex. character development).

The Five Aspects I Consider Most When Reviewing a Book

While diversity of authors and characters is something I take into consideration when choosing books to read, those aspects have no bearing on star ratings when I review books. Diversity is important, but the book still needs to be readable.

I am stingy with the fifth star and I give it to only about 10% of books I read a year. I probably wanted to re-read this book the second I was done with it. I won’t stop talking about it and recommending it. If this book is in a series I will immediately start the next book. I buy these books as gifts. This book has every reason I gave a book four stars with at least one thing that blew me away. “Wow” is the main feeling when reading this book and the fifth star is probably where I am least objective.

This book is well written in terms of the actual language used and the plot/characters. Most, if not all, aspects of the book are expertly done. If this book is in a series I will absolutely read the next book, most likely within a few weeks. I will re-read and recommend these books, but they just lacked that little something extra that hit me personally to be kicked up to a fifth star. This is the highest rating a book can get from me from a purely technical standpoint.

This book is perfectly fine. Likely everything about the book is average with maybe one or two things that stand out. Many of the books I could not put down or had the most fun while reading fall into this category. The plot and pacing are great, but often the writing itself isn’t and you find a lot of thin world building and cardboard cutout characters here. If this book is in a series I will more than likely read the next book at some point – it could be tomorrow, could be next year, could be I never get around to it. There is a 50/50 chance that I will re-read and/or recommend this book or completely forget about it.

Generally I’m mostly just disappointed with these. This book is not bad enough to hate, but it has just enough wrong with it to override anything good. I would likely neither recommend nor dissuade reading this book. If this book is in a series I will not read the next volume. However, I would be hesitant, but not necessarily against, trying the author again.

I don’t often give out the dreaded one star, but when I do I don’t hold back. Get ready because chances are that I’m actually angry by the time this book is over. I know a book is heading for one star territory when I start pausing my reading to take notes because I’m just flabbergasted that this actually got to print. Every single aspect of this book is poorly done and I hate it with the intensity of a thousand suns. I will do my utmost to warn people away from ever wasting their time on this book. I would not touch another work by this author with a ten-foot poll.

Note: In recent years I’ve gotten into audiobooks and now listen to almost as many books as I read. I generally don’t consider the audbile narrator when rating books, but very occasionally the narrator will do such an outstanding job (or such a poor one) that it does affect my rating. On the rare occasion that happens, it will be noted in the review itself. 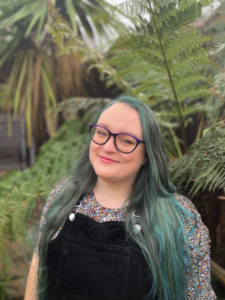 Acquisition Announcement: WILD AND WICKED THINGS by Francesca May