The Postutopian Adventures of Darger and Surplus

The world has grown strange.

Gloriana, the six-brained Queen of England, squats in her throne room at the center of Buckingham Labyrinth. In Paris, the glowing Seine may, or may not, conceal the disassembled remnants of the Eiffel Tower. A dragon haunts the high passes of the Germanic states, swallowing travelers whole for purposes impossible to understand. All these signs and portents together mean but one thing to the forgettable-faced Aubrey Darger and his humanoid canine partner Surplus.

There is money to be made.

Here are five novelettes and four never-before-collected vignettes that describe episodes from the careers of those most charming of con artists, Darger and Surplus, spiritual heirs to Fafhrd and the Grey Mouser and unwitting agents of change in a world where ancient artificial intelligences scheme to destroy the descendants of their makers. The comrades’ adventures across a wildly detailed world by turns astonish and delight.

The Hugo Award-winning “The Dog Says Bow-Wow” tells the tale of the redoubtable pair’s first confidence game, played out at the dizzying heights of English society. In “The Little Cat Laughed to See Such Sport,” Surplus works to overcome his prejudice against Darger’s new lover, a member of that most contemptible and capricious of races, cats. Gods walk a future Arcadia in “Girls and Boys Come Out to Play,” tables are turned by the formidable woman who lends her name as title to “Tawny Petticoats,” and Darger and Surplus are separated as each attempts to thwart the machinations of a most unique AI “There Was an Old Woman,” which debuts herein.

The collection closes with “Smoke and Mirrors,” four brief episodes that lend nuance to all that has come before, expanding our understanding and appreciation of this world and of these unforgettable roguish characters. – Goodreads

When I joined NetGalley about a month ago I went through hundreds of books on the site looking for things I wanted to read and of the 50 or so titles that I’ve requested this was the one I was the second most excited for. I had read one of the stories in the collection a few years ago and enjoyed it well enough, and Swanwick’s Stations of the Tide is one of my top ten favorite SF novels of all time. Saying all that, I think you can imagine my disappointment that I am now sitting down to write this two star review.

Usually when I read an anthology I like to rate and review each individual story. I have chosen not to do that here as each review would be much the same since each story had the same problems.

“The Dog Said Bow-Wow” is by far the worst of the bunch, which is deeply unfortunate given that it is the first story in the collection. The time frame jumps wildly throughout the story, utterly ruining the pacing of the narrative and making it very difficult to know how much time has passed. The story read like the characters were there for no more than two days, but some of the random lines made it seem that it was closer to two weeks. These jumps lead into the second problem that the characters, in their introductory story, have zero development personally or with each other, but you’re supposed to believe that they are already life long loyal crime partners. Last, some of the writing is excellent, but it is more often nonsensical, sloppy, and utterly juvenile.

These problems are in every single one of the stories, although I will say that the pacing issue does get progressively better with each story (which are here in publication order), but even the best story is only three stars. My biggest continual problem was that in every story there is an “impossibly beautifully woman” who, of course, throws herself at Darger or Surplus – or both – pretty much the second they meet. The peak of the “utterly juvenile” writing has to be when Swanwick actually writes the sentence “They began, of course, by doing it doggy-style.”

Surplus is an anthropomorphized dog and this is the best Swanwick can do with that idea? Every story has some inane, crude sexual comment like this in it, usually more than once.

I was also deeply annoyed that Swanwick kept using Dionysus and Pan as two interchangeable names for the same god in “Girls and Boys, Come Out to Play.” It is either a mistake that should have been caught in editing or intentional for no reason given in the story, which makes it appear as sloppy writing to any reader who knows even a little bit about Greek mythology.

I give this collection two stars because, as I said, some of the writing is good and the base ideas for each story are intriguing. However, the execution of every one of those ideas is “okay” at their absolute best. I would not recommend this book, but, given that I have really enjoyed Swanwick before, I do still plan on reading at least one of the novel length Darger and Surplus stories.

Each of Us a Desert 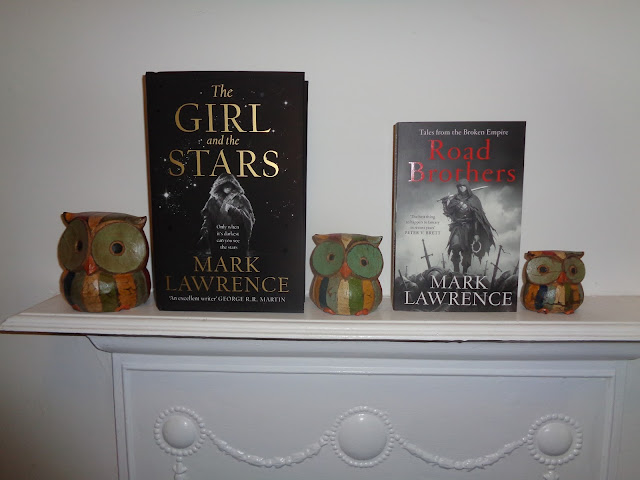