The Poppy War 03: The Burning God

After saving her nation of Nikan from foreign invaders and battling the evil Empress Su Daji in a brutal civil war, Fang Runin was betrayed by allies and left for dead.

Despite her losses, Rin hasn’t given up on those for whom she has sacrificed so much—the people of the southern provinces and especially Tikany, the village that is her home. Returning to her roots, Rin meets difficult challenges—and unexpected opportunities. While her new allies in the Southern Coalition leadership are sly and untrustworthy, Rin quickly realizes that the real power in Nikan lies with the millions of common people who thirst for vengeance and revere her as a goddess of salvation.

Backed by the masses and her Southern Army, Rin will use every weapon to defeat the Dragon Republic, the colonizing Hesperians, and all who threaten the shamanic arts and their practitioners. As her power and influence grows, though, will she be strong enough to resist the Phoenix’s intoxicating voice urging her to burn the world and everything in it? – Goodreads

Thanks to NetGalley for providing me with a free copy of this book in return for an honest review.

“Endings are hard. Any monkey with a keyboard can shoot out a beginning, but endings are impossible. You try to tie up every loose end, but you never can. The fans are always gonna bitch. There’s always gonna be holes. And since it’s the ending, it’s all supposed to add up to something. I’m telling you, they’re a raging pain in the ass.” – “Swan Song,” Supernatural

I’ve been re-watching this show recently and thought about this quote a lot while finishing Kuang’s epic trilogy. So much emphasis is put on endings and the longer the series, the more important the perfect ending becomes. On top of that, there is the instinct for the ending to be happy – good resolutely triumphs over all evil, all sacrifice is deep and meaningful, and our heroes walk away hearty and whole into the sunset. Often this type of Disney ending prevails even when the book/series doesn’t match it, as was most notably seen this year with Chakraborty’s Empire of Gold. And this was my biggest concern going into The Burning God. I was deeply concerned that Kuang was going to do some last minute swerving to make the ending neat & tidy, pleasant, and/or worst – to soften Rin.

I need not have worried as Kuang beautifully sticks the landing. I appreciate that Kuang does not tie up every lose thread and that the ending is a bit open. It felt satisfying and complete, but not as if the life of all of the characters were truly over. There is still work to be done at the end of this book because that is the world she built. Evil still exists because it always will. The end is fiery and brutal and is the only kind of end Rin could have truly had. And does it all add up to something, in the end? I think so, but I love that the question is left to the reader to answer and not hammered home by the author.

I’d say that Poppy War fans are going to be happy with the end, but I won’t lie to you. 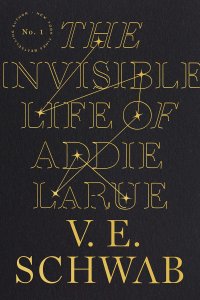