Ceony Twill arrives at the cottage of Magician Emery Thane with a broken heart. Having graduated at the top of her class from the Tagis Praff School for the Magically Inclined, Ceony is assigned an apprenticeship in paper magic despite her dreams of bespelling metal. And once she’s bonded to paper, that will be her only magic… forever.

Yet the spells Ceony learns under the strange yet kind Thane turn out to be more marvelous than she could have ever imagined — animating paper creatures, bringing stories to life via ghostly images, even reading fortunes. But as she discovers these wonders, Ceony also learns of the extraordinary dangers of forbidden magic.

An Excisioner — a practitioner of dark, flesh magic — invades the cottage and rips Thane’s heart from his chest. To save her teacher’s life, Ceony must face the evil magician and embark on an unbelievable adventure that will take her into the chambers of Thane’s still-beating heart—and reveal the very soul of the man. – Goodreads

When I started this book I figured it would be a three star read. Something cute and quick, but nothing special.

About halfway through it I realized it was more likely going to be a two. First being the fact that I don’t believe the “no one wants to be a paper magician” statement for even a second. Paper magicians can literally create movies on the spots from the books they are reading, among a variety of other really interesting crafting abilities, and no one wants to be able to do that? In the 1800s? There is no way that one aspect of paper magic wouldn’t be one of the most popular, well paying jobs available.

There were some interesting points here, but they were overshadowed by the fact that Ceony is pretty much instantly unlikable as a spoiled, selfish brat. She decides she should give her new teacher a chance only after discovering he gave her a bunch of money. Instead of, I don’t know, getting to know him first as a human being and then making a decision.

Ceony’s character is also all over the place. I had trouble sometimes trying to figure out if she was 18 or 12. Further, the first half of the book is repetitive and boring and by the time we got to any action I honestly didn’t care what happened to Ceony or Thane. Or the completely obvious romantic relationship that was going to be shoehorned in, but in no way made believable. “We’ve met” is not a reason to date someone.

All of that would have led to a disappointing, but forgettable, two-star read. So why did I give it one star? Because I’ve seen the movie Read or Die and main points in this book are taken directly from it. And I don’t mean that they both use paper magic. I mean the fact that both series have a dark haired, stunning femme fatale villain, both have the hero escape using a giant paper airplane, and both feature the death of a major character by having their beating heart ripped out.

And the very last thing that I just cannot get behind – Thane was dead. His heart was ripped out of his body and that makes you INSTANTLY dead. That is just a fact. So Ceony going upstairs, finding paper, folding a heart, bringing it back downstairs, inserting it, and that bringing him back to life? No. Absolutely not. There is no way paper magic should be able to bring someone back to life.

So do yourself a favor and if you think this book looks interesting just pick up the much better Read or Die instead of this blatant, poorly written rip-off. 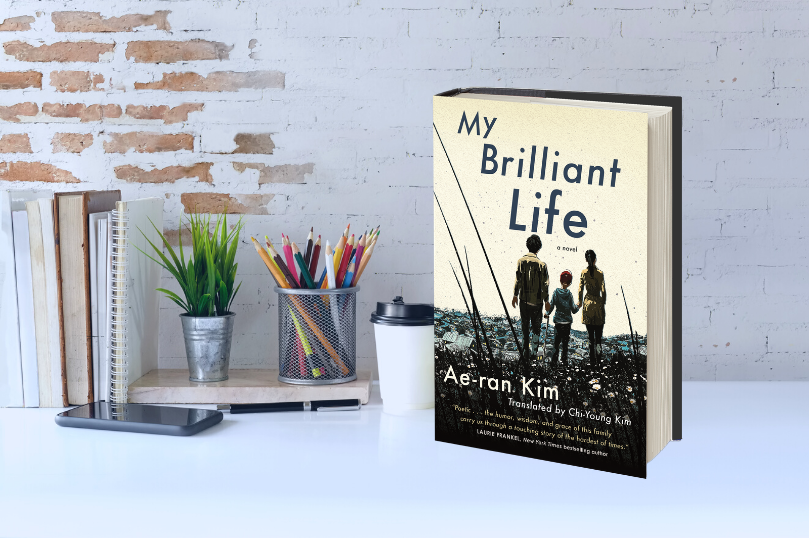 Thoughts from the Editor’s Desk: Robert Davis on My Brilliant Life by Ae-ran Kim

The Art of The Mandalorian Says ‘Peekaboo’ in This Exclusive Preview