The Daevabad Trilogy 01: City of Brass

Nahri has never believed in magic. Certainly, she has power; on the streets of 18th century Cairo, she’s a con woman of unsurpassed talent. But she knows better than anyone that the trade she uses to get by—palm readings, zars, healings—are all tricks, sleights of hand, learned skills; a means to the delightful end of swindling Ottoman nobles.

But when Nahri accidentally summons an equally sly, darkly mysterious djinn warrior to her side during one of her cons, she’s forced to accept that the magical world she thought only existed in childhood stories is real. For the warrior tells her a new tale: across hot, windswept sands teeming with creatures of fire, and rivers where the mythical marid sleep; past ruins of once-magnificent human metropolises, and mountains where the circling hawks are not what they seem, lies Daevabad, the legendary city of brass, a city to which Nahri is irrevocably bound.

In that city, behind gilded brass walls laced with enchantments, behind the six gates of the six djinn tribes, old resentments are simmering. And when Nahri decides to enter this world, she learns that true power is fierce and brutal. That magic cannot shield her from the dangerous web of court politics. That even the cleverest of schemes can have deadly consequences.

After all, there is a reason they say be careful what you wish for… – Goodreads

This book was a mixed bag, but overall I definitely enjoyed it a lot more than I was afraid I was going to and I’m glad I already bought the squeal. This is a pretty good debut and I’ve got a lot of hope that the next book is going to actually be better.

Pros:
✨ Excellent world building. Chakraborty does a really good job of bringing both the city and the varying cultures within it alive in a realistic way. Details are added in naturally to the story instead of just long, forgettable info-dumps

✨ The mythology use is also very well done. Djinn are a fascinating part of world mythology that are not used nearly enough and she takes the idea and makes it her own. I am looking forward to seeing more of the creatures and places of this world and getting more involved with some of the other tribes.

✨ The writing itself, overall, is pretty good. A little repetitive here and there, a tad overuse of “I can’t tell you now!” to prolong the book/mystery, but overall good – especially for a first novel.

✨ Some of the secondary characters were really interesting and nicely fleshed out. I particularly liked the intelligent, pragmatic king.

✨ Due to all of this, I am very intrigued by all of the parts of the plot and the world that are not based on the romance aspect.

Cons:
✨ All of the romantic parts. Seriously. You knew they were coming from the second the main characters meet and, as a result, the whole relationship just felt so forced and unbelievable.

✨ Unnecessary love triangle to move the plot along. The actual plot was genuinely interesting – except when it kept getting bogged down with this obligatory love triangle. Nahri’s feelings for either person at any given time came off as if they were decided on for plot convenience rather than reality or natural development.

✨ I wish the main characters had been as multi-faceted as some of the secondary characters were. Nahri is easily the weakest part of the whole book. She’s incredibly selfish and childish. Nahri acts like a spoiled, insensitive brat, gives up on anything the second it’s not instantly easy for her to do – including all of the aspects of her dream job – and then whines about being no good at it, doesn’t listen, refuses to even pretend to be respectful of another person’s culture, and can’t seem to stick to any decision she makes. And when she’s called on this behavior? We’re supposed to feel sorry for her and she learns nothing from the encounter. Barf.

✨ Building on the point above, Nahri’s character is all over the place, again in a way that feels unintentional. One minute she’s the most defeated, shaking little mouse, the next she’s in complete control and the one running the game – and this would also be fine except for the fact that the drastic changes have no reasonable explanation behind them beyond plot convenience. There were multiple scenes where what a character was doing felt out of character based on what had already been established about them.

The real test is going to be the next book where I expect these cons are either going to be less problematic (as this is a first novel) or they will explode and ruin any potential of the pros.

Star Wars Author J.W. Rinzler Goes to the Moon With His New Book 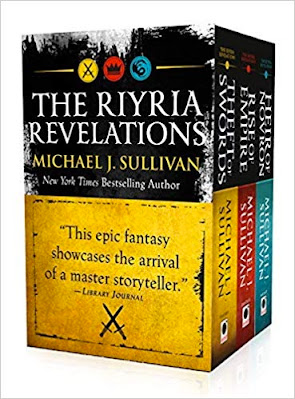 Boxsets are back in stock!