The Ascendant 01: The House of Styx

The House of Styx Book Review

The House of Styx is the first books in the Venus Ascendant series by Derek Kunsken.

If you follow my reviews on Goodreads, or on our blog, you will know I read a lot of epic fantasy. However, I have been wanting to read more Sci-fi, which I have been hunting on NetGalley. After reading the synopsis on The House of Styx, though short, I was very interested. The cover also attracted me; it looks like a giant explosion, which after reading the book you realise is a representation of the Venusian atmosphere… a horrible place to live!

The House of Styx follows the D’Aquillon family, who are viewed as rebels. They refused to abort their child, who was to be born with Down Syndrome, though they were told he would not be entitled to medical care or rations. The family made the decision that none of them would receive rations or medical care and moved lower into the Venusian atmosphere: a tough life where they had to be self-sufficient. The mother, eldest daughter (Chloe) and her husband have all died, leaving the father, four children and a nephew.

The father is stubborn and rules by force of will. The three other POVs in the book are three of his children: Emile, who is an alcoholic, drug user and hasn’t spoken to his father for several years; Marthe, who holds the families vote in the assembly and is their political voice; and Pascal, a sixteen year old self-taught engineer.

The world Kunsken has created is imaginative and bold. Venus is a planed the larger nations and banks ignored. Subsequently, people from Quebec colonised the Venusian atmosphere, living at different altitudes (on habitats and trawlers), where the conditions vary wildly. The colony separated from Quebec, something Quebec was more than happy to allow, and they were now in debt to a bank, which influences the colony’s politics.

The decision of la colonie to separate from Québec had come a bit suddenly for everyone, including the séparatistes. A scorned Québec had been happy to cut its losses on the expensive colonie.”

The House of Styx starts off at a rapid pace with two of the family fighting to save a trawler. We are then introduced to the family members still living in the lower atmosphere, fighting for their survival. It is here where we begin to learn about the Venusian atmosphere and how people live there… it is horrid, was my thought! A very difficult life with many challenges.

After this we are introduced to the other POVs that the story focusses on and I felt the book became a little too slow for too long. The world Kunsken has created is interesting: the politics, how people live, communicate, and get around, but something felt slow to me.

I didn’t enjoy Emile’s story arc much. I felt it was too bland and predictable. The typical outcast of the family who has fallen out with his father, blames the world for things, so he drinks and does drugs. But he didn’t do anything exciting, or bold, or unexpected. It felt like a missed opportunity.

At around 20% of the book, if it wasn’t an ARC I probably would have put the book down and read something else. Not to never finish it, but just to take a little break, because I was still interested in what happens. I stuck with it and around about a third of the way through the book the story pace picked up again. Pascal and his father visited the surface of Venus and found something very interesting. A couple of extra characters also came into the story which expanded its scope and added depth both to the story and Pascal’s character.

When I put the book down around the 50% mark, later that day I was cooking and the story popped into my head, imaging what came next. This happens all the time to me, but it was the first time with The House of Styx. I was much more interested at this point.

The depth of some characters really begins to build, as do the politics, and the job they are planning, which is where The House of Styx (family) is born. We see the real Pascal, which I won’t spoil; Marthe really becomes a leader and is a character I really like; their father is challenged in his way of thinking and stubbornness, and the additional characters add a breath of fresh air. Emile’s story still didn’t do much for me, though he evolves in his thinking and behaviour around the 75% mark. He becomes a part of the story, rather than a side story arc.

What the family found on Venus and what they are planning is something which could become an epic storyline. I’ll definitely be keeping an eye out for book 2. I’m interested to see when Kunsken takes this story and what the future holds for The House of Styx. 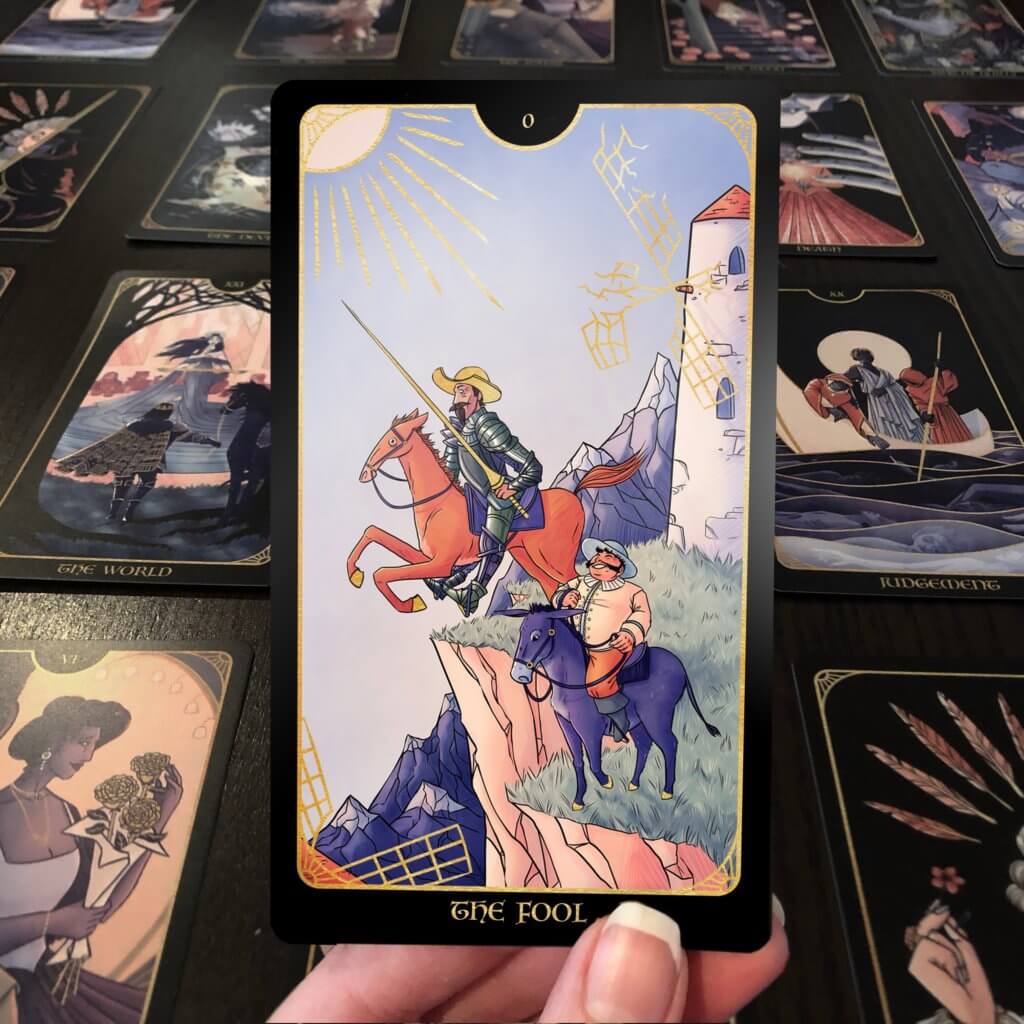 The Literary Tarot: Being Foolish Together

The Particular Sadness of Lemon Cake