Obsidian and Blood 01: Servant of the Underworld

Year One-Knife, Tenochtitlan – the capital of the Aztecs. The end of the world is kept at bay only by the magic of human sacrifice. A priestess disappears from an empty room drenched in blood. Acatl, high priest, must find her, or break the boundaries between the worlds of the living and the dead. But how do you find someone, living or dead, in a world where blood sacrifices are an everyday occurrence and the very gods stalk the streets?

This supernatural murder mystery set in the Aztec empire starts at a dead run and doesn’t ever really let up. However, despite being saturated in magic and gods, this story feels contemporary and grounded in reality thanks to its very human characters.

There was really a lot to like here. First, the pacing is outstanding. The novel starts strong and keeps the momentum going through sharp characters and tight battle scenes. Bodard manages to keep a wonderful balance between answers and questions throughout the novel, and even keeps us second guessing some of our “known” perceptions by playing on the motivations of gods.

Second, by avoiding an abundance of overly specific minutiae and keeping to broad strokes, Bodard brings an unfamiliar historical world (for most north-western readers) to life without slowing down the story.

Third, the ending comes together very well -tying up almost all of the personal and public aspects of the novel. Bodard did an excellent job of having this first books sit well as both a stand alone and the opening of a series.

Last, I really enjoyed how the main character Acatl felt like a classic detective while at the same time surpassing that stereotype by being called out on his selfish actions and being challenged to do better – to be more human – by other characters. I also deeply appreciated how the character who had the affair and who used classic excuses such as “you don’t understand – she was so beautiful,” or “my wife loved me too much, I couldn’t bear it,” was called out on the ridiculous shallowness of these statements at every turn.

The only downside to the novel that I have to acknowledge is the slight repetitiveness to Acatl’s thoughts. While writing in first person/stream of conciseness does give the inner thoughts a bit of leeway before becoming a negative point of the book, this book does pass that after about half way through, on occasion to the point where the reader can’t help but think “yes, I know that already.”

Overall, though, the pros of this book greatly outweigh the cons and I am looking forward to reading the next installment in the series. 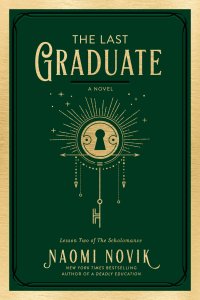