It’s Carnival time, and the Carribean-colonized planet of Toussaint is celebrating with music, dance and pageantry. Masked “Midnight Robbers” waylay revelers with brandished weapons and spellbinding words. But to young Tan-Tan, the Robber Queen is simply a favourite costume to wear at the festival–until her power-corrupted father commits an unforgivable crime.

Suddenly, both father and daughter are thrust into the brutal world of New Half-Way Tree. Here monstrous creatures from folklore are real, and the humans are violent outcasts in the wilds. Here Tan-Tan must reach into the heart of myth–and become the Robber Queen herself. For only the Robber Queen’s legendary powers can save her life…and set her free.

From the first lines of this book I was immediately hooked. The fast paced story and unique world building made it a difficult book to put down.

However, around the half way point the book takes an incredibly dark turn. While the author did a good job writing about such a disgusting act – clear without being unnecessarily graphic – it still casts a shadow over the entire book. Further, while I understand why the author chose the things that happened for Tan Tan so she could become the Robber Queen, I felt that there were other ways this could have been accomplished.

After THE ACT I felt as if the entire story simply became about violence and all of the interesting world building and unique creatures no longer really mattered as they became simply back drop decorations for a story that could just as easily have happened in our own world today.

The inserted parable chapters were really interesting and helped to break up the monotony that overtook the later half of the book, but overall it was just kind of depressing. All of the unique parts of the book became swallowed up by a story that, while shocking in its content, is also just generic in its violence.

Normally, I’m not usually one for giving trigger warnings but here I make an exception since the content really came out of nowhere in the story and then all of the story becomes about it. There is no “getting through” the one bad part.

Please click to the next page if you want to know the details of the content warning, which are MAJOR spoilers for the book. If you don’t, just be aware that the book is very dark and is in absolutely no way suitable for any reader under the age of 16.

Midnight Robber is well written and parts of it are fascinating, but overall I found none of the great parts to be worth having to endure the violence the story delineates into and I did not find the ending to be as “hopeful” as I think the author intended it to be.

All of that being said, I will try another of Hopkinson’s books, but this is not one I’d recommend or read again.

PrevPreviousExcerpt: The Dragon Waiting by John M. Ford
Next10 Ways to Forge your own Renaissance Faire at HomeNext Excerpt: The Eagle and the Viper by Loren D. Estleman 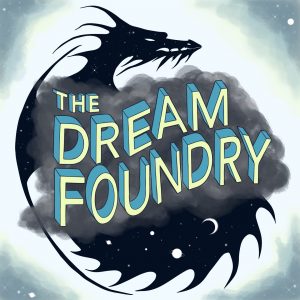