Alchemy: the mystical power to alter the natural world, somewhere between magic art, and science. When two brothers, Edward and Alphonse Elric, dabbled in these powers to grant their dearest wish, one of them lost an arm and leg…and the other became nothing but a soul locked into a body of living iron. Now they are agents of the government, slaves of the military, using their powers in alchemy to obey their orders…even to kill. But their powers aren’t unique. The world crawls with evil alchemists, and in pursuit of the ultimate alchemical treasure, the Philsopher’s Stone, their enemies are even more ruthless than they are…

Thank you so much to guest @amestris_star for taking the time to write this wonderful introduction post to an incredible series.

“A lesson without pain is meaningless.

For you cannot gain something without sacrificing something else in return.

But once you have overcome it and made it your own…

There is something magical about the storytelling in Hiromu Arakawa’s Fullmetal Alchemist.  The manga, a twenty-seven-volume piece de resistance by the Japanese mangaka, was published between 2001 and 2010, and is one of the best-selling manga series of all time.

The story itself is set in the fictional land of Amestris (a military state, heavily inspired by Europe in the Industrial Revolution), where alchemy, the science of deconstructing and reconstructing matter, functioning under the Law of Equivalent Exchange (that is, to gain anything, something of equal value must be lost) is its foundation.  Its two main characters, and around whom the whole story unfolds, are Edward and Alphonse Elric, two young boys who were raised in the rural town of Resembool.  After the loss of their beloved mother from a deadly plague, the two boys pursue a road which led them to first become alchemists and secondly, after gaining enough knowledge, to carry out what was considered to be a taboo to all alchemists – that is, to carry out human transmutation and bring back their mother back to life.  This is the point where everything changes for the two boys, and where their lives take a turn to the unexpected – Edward loses his arm and leg, while Alphonse loses his whole body.  However, not all is lost for the younger Elric and thanks to Edward’s prompt action and resolve, his soul is salvaged and bound to a suit of armour after an encounter with the Truth.

The quest to restore their original bodies leads the two boys into an extraordinary journey of self-growth and encountering all sorts of people, some of which become major allies to their goal, whilst some other encounters expose their frailties as children and young adults, which is one of the great aspects of Fullmetal Alchemist.  The story, however, does not centre only on Ed and Al and their journey.  Similar to how Dr. Marcoh, a doctor and a former State Alchemist, asks Edward to look into “the truth within the truth”, the main storyline includes plots within subplots which make it even more intriguing.  This is the case of the most important ally to Ed and Al, Colonel Roy Mustang.  The Flame Alchemist, together with First Lieutenant Riza Hawkeye and the rest of his team, help the two boys in their quest to get their bodies back, yet at the same time have their own demons to battle.  A corrupt military state, the trauma from past battles including a civil war, and the death of a very close friend, all fuel Roy Mustang’s ambitions and goals, while at the same time, helping Ed and Al in their pursuit.  Roy, Riza, Maes, Jean, Izumi, Ling, May, Scar, Alex, Olivier, Miles and so many other characters have such intricate life stories each revolving around Edward and Alphonse’s journey that it’s simply impossible not to get absorbed and become attached to any one of these characters, with all of their strengths and weaknesses.

The battle against the corrupt military, the artificially created beings known as Homunculi and ultimately the brains behind it all, Father, also takes the reader to an extraordinary journey around Amestris, starting from the East, with East City, Resembool and nearby Ishval; all the way to Central City, the centre of command of the Amestrian Military; Dublith, the home of the Curtis family, the West, the South, the North, with the Northern Wall of Briggs and its Fort bordering Drachma, and its men (with notable mentions going to General Olivier Mira Armstrong, Major Miles and Captain Buccaneer) following the concept of “Survival of the Fittest”; and the adjacent countries of Xing, home to alkahestry (an alternate to Amestrian alchemy); Drachma, Creta and Aerugo.  The geopolitical intrigues, entwined by the quest for the most-coveted Philosopher’s Stone as a means to restore Edward and Alphonse’s bodies, among other things, (the origin of the Stone is another story within the story) provides a multi-layered drama that can be easily considered as one of the very best in its genre.

Ten years after its epic conclusion, the themes explored in Fullmetal Alchemist, including trauma and loss, family, brotherhood, discrimination, war, politics and corruption, scientific advancement, ethics, religion, are still of great relevance today.  Personally, I believe it is one of the best fictional stories I have ever read and while many people cannot experience it the way I did 10 years ago (that is, waiting for the publication of new chapters month after month…), I cannot recommend it enough.

PrevPrevious10 Ways to Forge your own Renaissance Faire at Home
NextWeekly Bestsellers, 14 September 2020Next 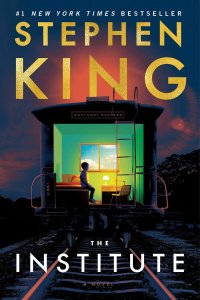