Exploring Japanese Culture: Not Inscrutable After All

Dr. Nicos Rossides spent seven unforgettable years in Japan from the late 1970s, when the country began to emerge as a major player on the world stage. From a humbled nation, post-war Japan metamorphosed into an example to admire and emulate. Rossides witnessed this staggering growth and the “lost decade” that followed, only for the country to rebound again as a significant global player.

Rossides eventually married into a Japanese family and grew a network of close Japanese friends. In eleven succinct and entertaining essays, the Author exposes the reader to multiple lenses or perspectives on Japanese culture and society. He does this based on what he experienced first-hand and only later digested as a kaleidoscope of different cultural nuances and insights.

A fascinating read for those with a sincere interest in Japan and its socio-cultural practices and traditions and, may include students and academics, international businessmen and diplomats and their accompanying families. Written in a breezy style, Dr. Rossides offers his personal vision of how contemporary Japan is changing to address the realities of life in the twenty-first century.

I honestly feel bad for readers going into this book because it is nothing like the summary and title suggest. There is nothing “breezy” about the highly technical and academic language and style Rossides uses and the topic of Japan has never been more inscrutable than when reading this book.

I’ve spent the last five years living and working in Japan. So when I picked up this book I was looking forward to learning more about certain topics and/or looking at them from another point of view.

I wasn’t expecting outdated information and shallow interpretations of it. The first chapter where Rossides introduces the “lenses” he is going to look at Japanese culture with, is just a list of topic words with very loosely “connected” “examples” that often fail to coalesce into a concrete definition or argument. Then when he picks a topic like “literature” or “education” he never manages to make an argument advocating that the Japanese exemplify the “lens” he is using any more than any other country. He also fails to include any information about any part of Japanese culture that isn’t glowing or takes from his sole argument that “Japan does X the best.”

To elaborate on this point I’m going to talk specifically about the “Education” chapter because I feel it best represents the core issues with this book. I spent the last five years teaching at a Japanese middle school and was very dismayed to find this chapter outdated and misleading.

First, Rossides starts by saying that class and privilege having nothing to do with the Japanese education system. He also claims that university and high school admissions are done solely on merit by test scores. While both of these claims are commonly made, they are false in practice. Donations, recommendations, extracurricular activities, personal interviews, and the student/family reputation all play a part in school admissions – most especially to the elite private schools. The quality of public school education also varies widely based on the wealth of the surrounding area. Further, gender discrimination is still a huge problem in both education and the workforce in Japan. How can Rossides make the claim that Japan makes its admissions based solely on test scores and just ignore very recent scandals like Tokyo medical school admitting to changing results to exclude women?

Second, Rossides tries to make the argument that Japan is more focused on life-long learning because babies can often be seen having outside time and some elderly people take community classes. This is a very generic piece of “evidence” and this claim could be made almost anywhere on this basis. He then speaks about a recent subsidy that is supposed to help mothers pay for daycare. The cost of daycare is not the issue for women in Japan. The problem is that daycares must be government run and that there are only enough spots for about 1/3 of the children to go each each year. Therefore, only about 1/3 of Japanese mothers return to work. Further, most jobs will keep a place for a mother to return, but once she does she can never move up the promotion scale. This is due to the expectation that she won’t be able to work the hours men can because of her duties at home, a responsibility men are completely free from. Considering that one of the “lenses” that Rossides uses is “masculinity vs femininity” I cannot understand how he never goes into gender issues in Japanese society specifically give the fact that the gender issues here are one of the top factors that have led to Japan’s ever decreasing birth rate.

Third, Rossides makes this claim: “The education system guarantees a very high standard, producing one of the world’s best-educated youth, with 100% enrollment in compulsory grades and no illiteracy.” This is a “true” statement that is wildly misleading. All students are registered to a school. but students don’t ever have to come to school to pass. It is illegal from kindergarten to 9th grade to fail a student. All students, regardless of attendance or participation are given passing grades and graduated. And, while high schools and universities can be difficult to get into, once you are in, it is close to impossible to actually fail out. This is because once the person is accepted into the group, it reflects poorly on the group if someone they chose fails. The more difficult it is to get into the group? The more shaming it would be to admit failure. One of Rossides’s “lenses” is “individualism vs collectivism” so it boggles my mind why he wouldn’t go into the actual issues in the education system that arises from the collectivism ideal.

Finally, he talks about English education, and what he says is broadly true, but he doesn’t go into any depth about why English education is treated so distinctly from any other subject and why there is such a widespread acceptable level of failure in this area. The sweeping nature of the generalizations used as “evidence” and the lack of depth and analyzing any claim brought up is unacceptable for an academic essay.

Each chapter in this book reads like an introduction, but Rossides never takes the time to get into the meat of anything. I don’t know why he spends so much time explaining these “lenses” to the reader in the beginning of the book when he never makes a full argument using them. Much of the information given in this book and the assumptions made from them are simply outdated and/or utterly generic. I feel that this would be the wrong book for anyone looking to understand contemporary issues and culture in Japan.

PrevPreviousThe Reborn Empire 01: We Ride the Storm
NextWhy You Should Read the Cradle Series by Will WightNext 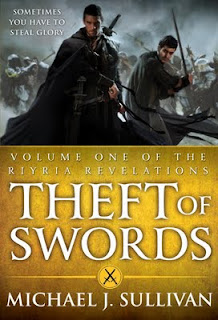 Interview: Natalia Theodoridou on “The Shape of Gifts”