Burningblade and Silvereye 01: Ashes of the Sun

ARC received via NetGalley in exchange for an honest review.

I hadn’t read any books by Django Wexler, when I saw this pop up on NetGalley. The cover pulled me in straight away and after reading the synopsis I was sold. Luckily, I was granted my request for an ARC. Based on reading Ashes of the Sun, Shadow Campaigns is now firmly on my TBR.

Ashes of the Sun follows two main characters, Gyre and Maya, who are brother and sister. They were very close when they were young, but Maya was taken away by The Twilight Order when she was only 5 years old, Gyre being 8 years old at the time. After this scene, we fast forward 12 years and follow the story of each.
Gyre left home at a young age, hellbent on finding a way to destroy the empire—who he blames for taking away his sister, destroying his family and the oppression of the poor. He stole, cheated and whored his way to Deepfire, in the hope of finding power, that could match The Twilight Order, in the Tomb.

In Deepfire he finds himself running with a crew of people who are a bit like Robin Hood and his merry men. They take from the rich and give to the poor; scavenge tech; fight oppression and help those in need; and aim to bring down the corrupt local leader.

Maya, on the other hand, is firm in her believe and conviction of the good The Twilight Order do in protecting the empire. She is an Agathios, a Centarch in traing. Her master is Jaedia, a Centrach, who she has travelled with for many years. Avoiding politics back at the Forge (home The Twilight Order), preferring to travel, track down plaguespawn, help those in need, and remain undercover—never taking advantage of their power and status.

“The Twilight Order defends the Dawn Republic. That’s how it’s always been. But they defend us like a suit of iron armor. It might stop a knife, but it weighs you down until you can barely move.”

Fight scenes are really fun, gory well played out, and well-paced. Each Agathios and Centrach possess power, but it manifests in different ways. Maya’s power is fire, which is cool the way Wexler vividly describes scenes where she draws on her power. It’s fair to draw some comparison to Star Wars. Wexler himself said the idea “definitely originated, back at the beginning, in a series of conversations about Star War”. The relationship between an Agathios and Centrach is like a Padawan and Jedi. While members of The Twilight Order don’t fight with lightsabres, their Haken must sure look like them when they ‘light’ them.

There is also another race in this book, but I won’t go into them as it can spoil a little of their reveal. But they too are powerful.

Support characters I Ashes of the Sun are also awesome. Maya travels Jaedia and Marn (Marn is a younger Agathios), until she goes on her first mission without Jaedia. It is her where we are introduced to three other characters, including Beq, who I can’t help but like. She a little bit of a tech geek and history buff. I’ll leave you to discover the others who travel with her, as the more time you are reading this review, you are not reading Ashes of the Sun!

I’ve briefly mentioned Gyre runs with a crew and will leave you to discover those too, but I will touch on people at the Forge. The is the home of The Twilight Order, and where the Council is. This adds some political intrigue to the story. There are three groups with differing beliefs on how The Twilight Order should be run, their goals, and how they should behave out in the field. Two of these are the most dominant and equally divided. These beliefs then filter down from the Council members, to Centarchs and their Agathios.

Ashes of the Sun is a great read and highly recommended. While it’s a fantasy novel, there are aspects of Sci-fi in there… I didn’t even talk about constructs and only briefly mentioned tech. I also, didn’t discuss Plaguespawn and the horrors that control them… there’s plenty for you to discover! It’s thoroughly enjoyable, engaging, and great fun. I highly recommend it and can’t wait for book 2!

How Star Wars’ New Anthology Will Explore Holiday Cheer in the Galaxy Far, Far Away 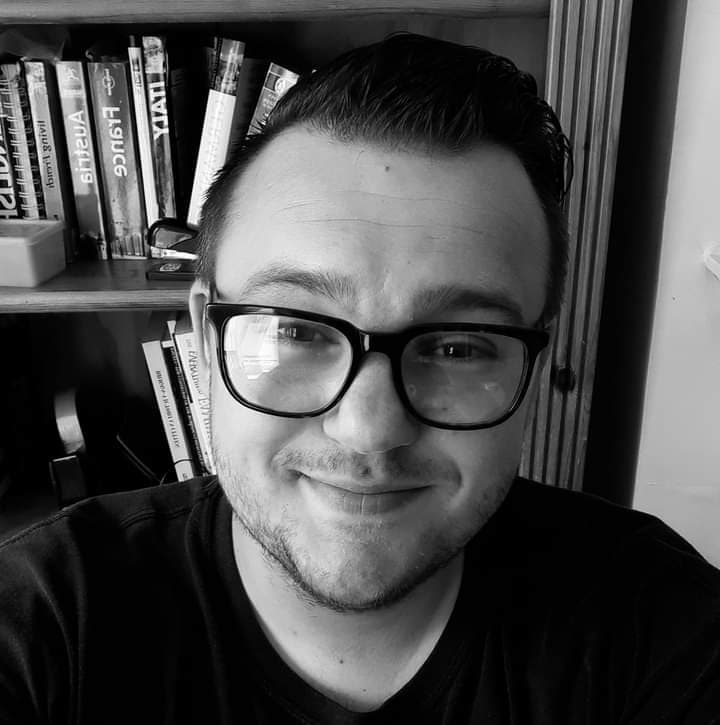 Who Reads my Books? Zak Ferguson