A Tale for the Time Being

Hi! My name is Nao, and I am a time being. Do you know what a time being is? Well, if you give me a moment, I will tell you.

On a remote island in the Pacific Northwest, a Hello Kitty lunchbox washes up on the beach. Tucked inside is the diary of a sixteen-year-old Japanese girl names Nao Yasutani. Ruth–a writer who finds the lunchbox–suspects that it is debris from Japan’s 2011 tsunami. Once she beings to read the diary, Ruth quickly finds herself drawn into the mystery of Nao’s fate. Meanwhile in Tokyo, Nao, uprooted from her home in the U.S., bullied at school, and watching her parents spiral deeper into disaster, has decided to end her life. But first, she wants to recount the story of her great-grandmother, a 104-year-old Zen Buddhist nun, in the pages of her secret diary. – Goodreads

I really enjoyed this book. Like “read it in a day” enjoyed it. Ozeki’s ability to write in a truly authentic Japanese voice, but also write directly and openly about some of the harshest problems in Japanese society deeply impressed me. There were so many moments, big and small, that were just dead-on for what it actually is like to live there. I liked that so much because you rarely see this kind of openness about cultural and society problems in Japanese writing. Neither the culture nor the language lend itself to such a task.

If this book had been only Nao’s story I would have given it 5 stars, no question.

Ruth’s side wasn’t particularly bad, but it was nowhere near as interesting and the further I got in the book the more Ruth’s chapters started to feel like an interruption to Nao’s tale. I also found both Ruth and Oliver to be rather cold. I felt that the parts of Ruth’s story that were necessary to furthering Nao’s could have been achieved in a different way through Nao’s own life. I enjoy magical realism, but not when it’s used because the author has boxed themselves into a corner. Maybe Ozeki didn’t do that, maybe the dream was her intention the whole time, but it felt that way when I could immediately think of several better ways for the Yasutani family to get the secret diary and for Hazuki #2 to decide to go to the temple. Ruth’s side of the story also just would not end. I had already accepted magical realism so I wasn’t exactly enthused with the turn around of having Ozeki trying to shove quantum mechanics down my throat.

The problems described above are minor in the scope of the overall book. This book is still one of the best books I’ve ever read, period, but especially if you are looking for a true discussion about Japanese society and culture. As well as on a wide variety of other topics such as time, anxiety, death, religion, and life.

PrevPreviousHeads Will Roll
NextThis Is How You Lose the Time WarNext 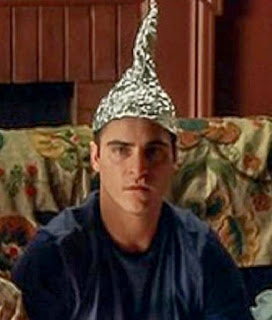