A Chorus of Dragons 02: The Name of All Things

Reviews of Previous Books in the Series

Review of The Name of All Things

Firstly, I can’t believe I forgot to post this! I’ve only just realised as I came to post my review of book three in the series, The Memory of Souls.

I enjoyed book one, A Chorus of Dragons, but didn’t click with how the story was told. I felt it didn’t allow me to immerse myself in they way I would have liked. It was convoluted in an unnecessary was. But I also said the story and world were good and that I was looking forward to The Name of All Things.

The Name of All Things didn’t disappoint. It picks up the story after the Stone of Shackles was destroyed by Kihrin, making him a wanted man. His escape leads him to cross paths with Janel Theranon and her friends. Janel claims she knows him but Kihrin has never met her. She also wants his help to kill a dragon.

Before the story carries on from the present, we are told the backstory of Janel and Brother Qown, her companion. Their story runs parallel to the first book, which focussed on Kihrin. Janel and Brother Qown take turns recounting their journey to the present. While this is similar to A Chorus of Dragons, where Kihrin and Talon took turns narrating, The Name of All Things is far less convoluted and much more enjoyable. It’s chronological. Instead of two very close timelines, which, with short chapters, made A Chorus of Dragons confusing when it didn’t need to be.

I really enjoyed reading Janel’s story and learning about her culture and other cultures along the way. She’s a great character, who I preferred as the main character over Kihrin. Lyons has built a wonderful, diverse world which you can really get immersed in. She challenges stereotypes and gender roles, which is wonderful. Janel is a big part of this, which is why I really liked her.

If you expect to pick-up The Name of All Things for a continuation of Kihrin’s story, you’ll be somewhat disappointed as that is only at the end of the book, which was maybe a little short. However, I’m sure you’ll love Janel. Also, if you enjoyed the worldbuilding in book one, you won’t be disappointed. The world grows in complexity and brilliance as we are introduced to new characters and new cultures. The depth of characters, the story and the world also grow deeper as you learn more about the immortals, reincarnation, past lives, cornerstones, family connections, treachery and much more.

If you’ve read A Chorus of Dragons, definitely pick The Name of All Things up, it’s superior to its predecessor. I’m really looking forward to what book three, The Memory of Souls, brings to the table.

The Cast of Critical Role on Why They Love Roleplaying Games 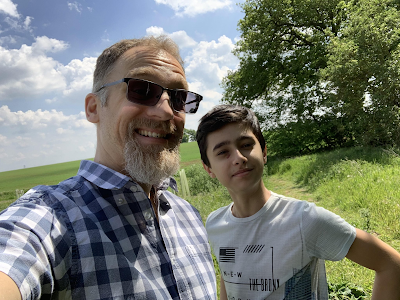 Who Reads my Books? Dean Edis Some Mandalorian Books Have Been Cancelled, But Not for the Reason You Think